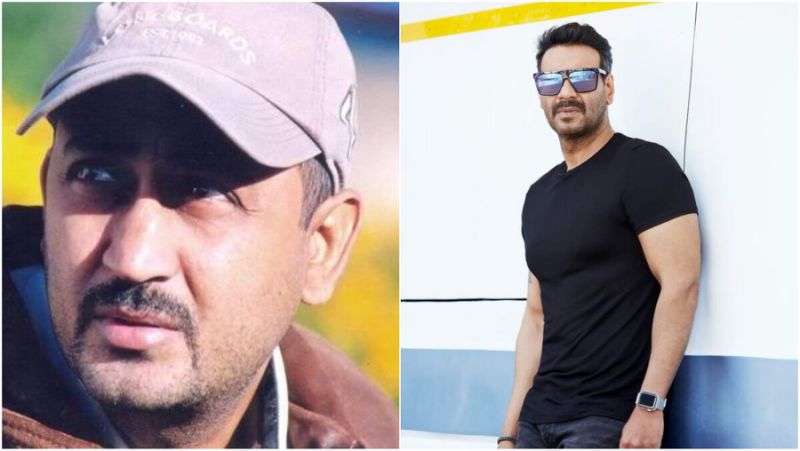 New Delhi, October 6 : Ajay Devgn’s brother Anil Devgan died on Monday. The actor took to Twitter to announce Anil’s demise and said that the family was left ‘heartbroken’. Anil Devgan has directed Ajay’s films Raju Chacha and Blackmail. He was also the creative director on the actor’s Son of Sardaar.

“I lost my brother Anil Devgan last night. His untimely demise has left our family heartbroken. ADFF & I will miss his presence dearly. Pray for his soul. Due to the pandemic, we will not have a personal prayer meet,” Ajay wrote in his tweet.

Ajay’s fans prayed for the family’s peace and strength. “My sincere condolences to you, may God have mercy on him,” wrote one fan. “Rip Anil Garu My deepest condolences to you & your family members sir…May God give strength to you All,” wrote another.

Ajay’s father, Bollywood stunt director Veeru Devgan, had died last year. In May, Ajay took to Twitter to pay tributes to his father on his first death anniversary. The Tanhaji actor shared a montage of his and his father’s black-and-white pictures along with an emotional message. “Dear Dad, it’s a year since you left. However, I can feel you beside me—quiet, caring, protective; your presence is forever reassuring,” he wrote.

Veeru had worked on 80 films such as Lal Baadshah and Ishq. He also directed the 1999 film Hindustan Ki Kasam, which starred Amitabh Bachchan, Ajay and Manisha Koirala.

Ajay was last seen in Tanhaaji: The Unsung Warrior earlier this year. He will next be seen in Bhuj with Sanjay Dutt, Sonakshi Sinha and others. The film will release on Disney+ Hotstar soon. (Hindustan Times)